Advantages of Base Isolation Technology of Antivibration Mount

1. The base isolation can effectively reduce the seismic response of the structure. The traditional goal of fortification is "small earthquake is not bad, medium earthquake can be repaired, big earthquake cannot fall", and the isolated buildings can achieve "small earthquakes, and moderate earthquakes are not bad or slight damage, large earthquake does not lose its function", so it's very effective in protecting structures or internal personnel and equipment from any damage caused by a strong earthquake.

2. Reduce the cost of housing. From the view of the actual effect of the application of seismic isolation technology in building engineering, for the seismic fortification area of 8 degrees or above, which  building is higher than six stories, it is applied isolation technology later,  the fortification intensity can be reduced by 2 degrees, so that can save the investment cost, a 9-story building with about 10000 square meters of steel bars alone can save more than 1 million yuan in investment cost, for buildings with basements, which is applied seismic isolation technology later, its investment, benefit ratio will be increased.

As one of best anti vibration mount suppliers in China, Hoan is proud to present JMZ-1-1.5A rubber cushion mounts, which belong to the JMZ-1 series. It adopts the structure of double spring and special friction plate. It has good impact resistance and a 1.5kg maximum rated load. It can vibrate isolation in any direction. This type of shock isolation mount has a wide operating frequency range and can be used in harsh environments such as high and low temperature and chemical pollution. It has good performances such as anti-humidity, anti-salt fog, high and low-temperature resistance, mold resistance and long service life. 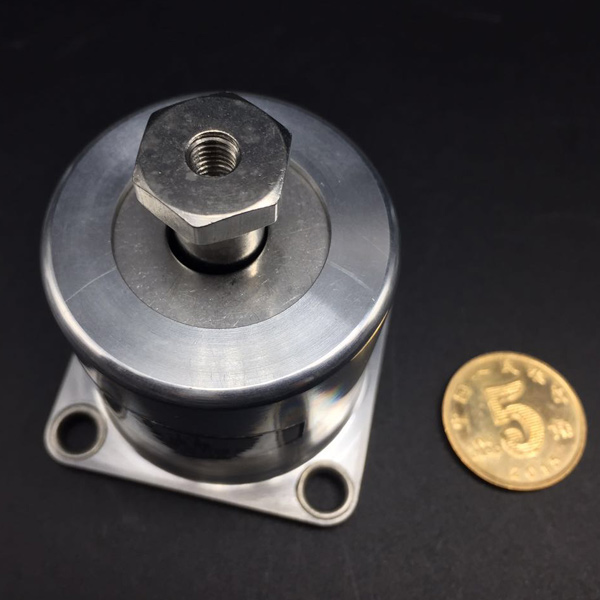 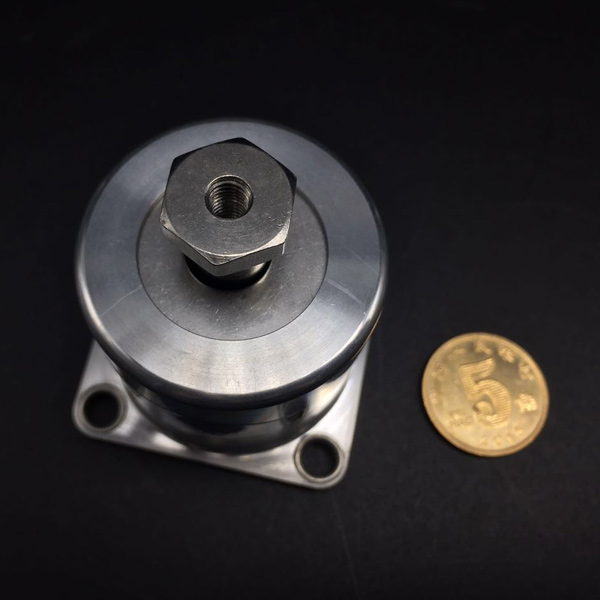 Current Base Isolation Technology and Its Development Direction

Rubber cushion isolation technique is the most widely used new engineering seismic technology in the world. It uses a rubber isolation cushion as an energy isolation device between the base and the base of the structure, "separate" the superstructure from the foundation to the effect of "softness".

According to the seismic simulation shaking table test and seismic measured results, it is shown that the structural acceleration response of the rubber isolation system with the sandwich layer is only 1 / 4-1 / 12 of the velocity response of the traditional seismic structure (fixed foundation).

Adding steel plate sandwich to rubber isolation cushion is a typical isolation installation. It has great vertical bearing capacity (50T- 2000T) and great vertical  compression stiffness, and its horizontal deformation stiffness is small (0.25kN/mm-1.8kN/mm), the horizontal limit displacement value is larger (10-50cm), it has sufficient initial stiffness to resist wind loads and minor earthquakes. When a strong earthquake occurs, it can slide freely and flexible, when the deformation is too large, the stiffness rises again and has the function of protecting and limiting the position.

The steel plate sandwich rubber isolation pad has a large reset ability, and it can be reset automatically in many earthquakes. At the same time, it has good durability and can be used for more than 70 years, which far exceeds the requirement of 50 years service life of ordinary civil buildings, so the steel plate sandwich rubber cushion has become a widely used isolation device.

Foundation isolation for medium and short period structures under the influence of ground motion in short periods，the effect of vibration absorption is better than that of energy dissipation, but it is sensitive to the input characteristics of ground motion, and cannot completely eliminate the risk of resonance. Semi-active control and hybrid control method can meet different defense requirements to improve the safety of structures under earthquake, if intelligent components are introduced, the effect will
be better, so it's a new area that deserves attention.

In addition, cooperation and cross-study should be carried out between different disciplines and majors, development and use of devices, institutions and supporting technologies to form new industries as soon as possible to support the promotion and application of new technologies and to create a safer and more comfortable working and living environment for human beings.