Download PDF
JMZ-T1 anti vibration mount has the static load from 0.45kg to 1.4kg, which has small size than any other kind vibration mounts. For its unique small size, the JMZ-T1 anti-vibration isolators is now widely used in the precision equipments systems, aeronautics and space, aircrafts, embedded electronics, electric cabinets, etc.

It can provide the best damping effect in addition with safety lock parts, lock products to ensure safety of section cushioning rubber Plastic compression is small, the load is large.

Hoan is one of the leading vibration dampers suppliers in China. JMZ-T1 rubber isolation mounts (vibration isolation dampers) adopts the structure of double spring and special friction plate. It can vibrate isolation in any direction. This type of rubber isolation mounts has a wide operating frequency range and can be used in harsh environments such as high and low temperature and chemical pollution. It has good performances such as anti-humidity, anti-salt fog, high and low-temperature resistance, mold resistance and long service life. 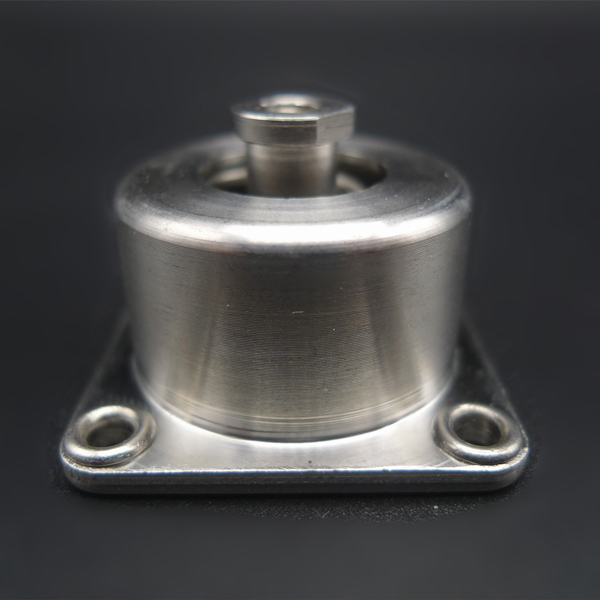 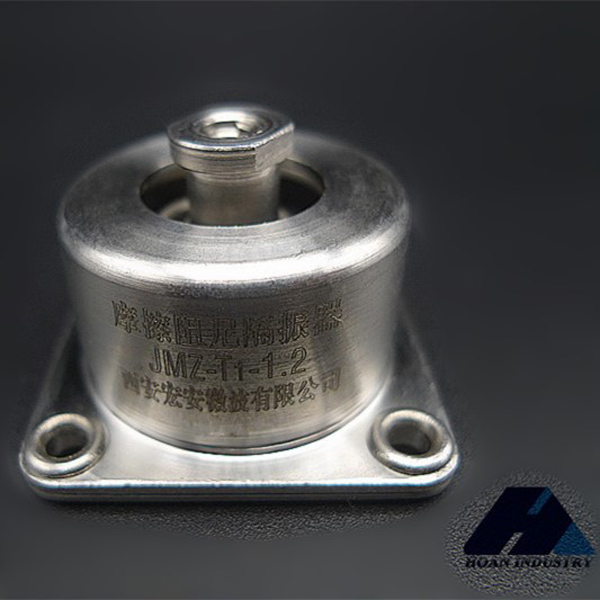 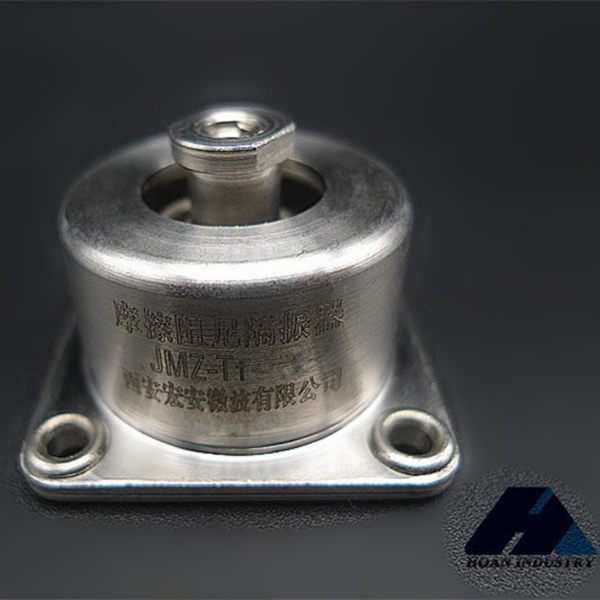 The composition of the foundation isolation system


Foundation isolation system is generally composed of isolators, dampers, ground micro-vibration and response control devices, and so on. The main function of the isolator is: on the one hand the weight of the building on the vertical side, on the other hand, in the horizontal direction, providing a certain horizontal stiffness, in order to avoid the excellent period of ground motion and reduce the seismic response of buildings, the base period of buildings can be extended, and the ability of deformation and self-reset can be provided. The main function of the damper is to absorb or dissipate seismic energy to restrain structure produces large displacement response, at the same time help the isolator reset quickly at the end of the earthquake. The main functions of the ground micro vibration and wind response control device are: increase the initial stiffness of the isolation system to keep buildings stable under wind or mild earthquakes.

Structural requirements of the isolation layer

1. When the isolation layer of a multistory masonry building is located at the top of the basement, Seismic action and seismic checking calculation of walls and columns under the isolation layer should adopt the vertical force, horizontal force and moment at the base of the isolated bearing under rare earthquake.

2. Isolation bearings and dampers should be installed in areas that are accessible to maintainers. In isolated buildings, isolated story members have the advantage that they can be replaced. The displacement of dampers which are independent of shock isolators is more convenient; The isolation support bears the weight of the building, which is not as easy to replace as the damper. Therefore, local jacks should be installed to replace or reinforce the isolator in accessible areas.

3. Connectors between isolation support and superstructure and foundation structure should be able to transfer the maximum level of support shear.

5. In the event of a massive earthquake, to prevent the deformation of the building from causing a collision. So, the water squared upward should be guaranteed to have a clearance spacing of 1.5-2.1 times the seismic deformation of the superstructure.

6. In order to ensure the overall coordination of the isolation layer, the beam-slab system with enough stiffness in the plane should be installed at the top of the isolation layer. When adopting integral reinforced concrete plates, cast-in-place should be used in the longitudinal and transverse beams on the upper side of the support to transfer vertical load to the longitudinal beam system and to coordinate the distribution of transverse shear force on each isolation support, at the same time, to increase the in-plane stiffness of beam and slab, it is necessary to enlarge the cross-sectional dimension and reinforcement of the beam, when the superstructure is masonry, its construction shall conform to the requirements of reinforced concrete joist for bottom frame brick building. Cast-in-place area thickness should not be less than 50mm, the steel mesh with the diameter of 6mm-8 mm and spacing of 150mm-250mm should be arranged in both directions.